We use cookies in this website. Read about them in our privacy policy. To disable them, configure your browser properly. If you keep using this website, you are accepting those.
OK
HPTT CHF CHF
HPTT CHF HPTT EUR
Language : English
English Français Deutsch Italiano 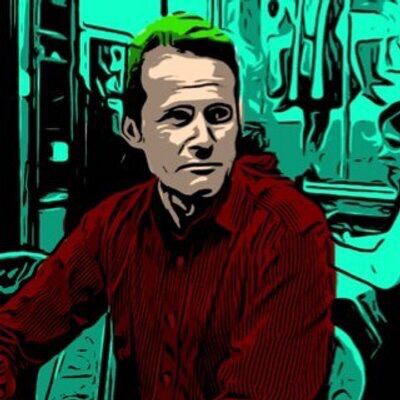 HPTurbo.Tech is a startup founded in 2019 in Tallinn Estonia, Switzerland, Germany and Austria. The business target is the distribution, installation and service of turbine-powered heat and power cogeneration systems. The focus is on improving the environmental efficiency of privately operated heat and power plants by consulting clients for optimal heat and power usage and production with ecological and economically efficient solutions. HPTurbo.Tech always takes an integrating approach to offer an optimized solution to clients.

In 2016 the serial entrepreneur Felice de Grandi was looking for a replacement of the 20-year-old gas boiler in his single-family house in Switzerland. The new installation should be green technology but also economically reasonable. More he was digging into the subject, the more it started to interest him. But he had to realize that the number of possibilities with nowadays technologies is wast and not immediately understandable in its complexity. He spent weeks to understand solar systems, wind generators, heat pumps, and heat and power cogeneration systems with gas engines, sterling motors and turbines. He looked at a lot of different storage systems for heat, electricity and hydrogen and checked out a lot of materials like heat storing concrete, latency materials and others. Last but not least he did a lot of number crunching to see behind the nice-looking promises of different system vendors. In the end, it should not be green technology only but the energy production should yield at a reasonable price per kWh.

He wondered also if concepts from people like Elon Musk would also work in Europe, where you have only 8 hours of sunlight in winter and a lot of clouds, rainy days and snow in this dark season of the year. It has to be said that Felice de Grandi despite his formation as a lawyer and spending many years in banking as a derivatives trader, he was not a greenhorn on the technical side. Amongst other companies, he successfully built up an airline with a fleet of Bombardier private jets and also a racing company operating Ferrari, Lamborghini and Porsche race cars.

After all his studies he came up with a lot of insights. Deciding for solar panels would be a great thing, but in Switzerland, there will be still a substantial gap to bridge in the dark season and if you have also servers running in the basement you would be still highly depending on the public grid. On top of that, what to do with the outdoor swimming pool, how can he heat it in an environmentally friendly way reducing his carbon footprint.

He found out that probably a good solution could be a heat and power cogeneration system powered by a micro gas turbine because normal combustion engines and sterling motors are not built for 8640 hours constant running time per year because they have too high maintenance costs. It was obvious that producing heat and power where you can immediately use it, results in attracting concepts with over 90% efficiency, low energy costs which is fare better than the conventional power and heat production which has losses of 40 - 60%. On top of that you would gain substantial independency of the public grid with a CHP-System, perhaps combined with solar panels.

With this in mind, he started to search for a CHP-System operated by a turbine. In the beginning, he only found systems with combustion engines and sterling motors. He could barely understand why there exist very big power plants with gas turbines but no-one had the idea so fare to construct a small version for private houses. From his years in the airline business, he knows that turbines and jet engines are far more reliable and durable than normal motors, they can run 10'000 hours with ease. A normal motor is at the end of his life with that amount of working hours and has to be exchanged.

Beginning of 2018 de Grandi found out that a high tech company in Eindhoven in the Netherlands had got the EU certification to sell a micro gas turbine-powered combined heat and power plant called EnerTwin. The company was MTT, Micro Turbine Technology B.V. They had already begun 20 years ago to develop this system. Around 2013 they entered into a field test with Dresdner Stadtwerke in Germany to test the EnerTwin in real-world conditions. After these 5 years of testing, MTT applied for the certification in the European Union.

Felice de Grandi met with Willy Ahout, the CEO of MTT, the 2 men had immediately a very good relationship. One year later, in March 2019, MTT got also the certification for Switzerland. At the same time, Felice de Grandi and his son Dario de Grandi founded a distribution company with the name HPTurbo.Tech, standing for Heat Power Turbine Technology.

The aim of HPTurbo.Tech is to help house owners to find there way through the jungle of nowadays energy production technologies and help them installing green technology with affordable costs at reasonable energy prices. EnerTwin is one of the major products HPTurbo.tech is offering to its clients.

Currently HPTurbo.Tech is working on power to gas technology which would go well together with the innovative CHP system EnerTwin.